The Mystery of Shell Grotto - video

So often it's bad news for oceans and the environment posted here on Dreamyfish Art but not today! Check out this too-brief tour of the mysterious Shell Grotto tucked underneath the British town of Margate:

Warm Regards and a Thank You to Great Big Story!


Perhaps you've heard the very good news--that SeaWorld has agreed to end their captive breeding of whales! For more details you may wish to visit NPR.

Isn't it a major improvement when the human animal finally catches up with the intelligence and integrity of the animal kingdom? Makes for a pleasant change!

FUKUSHIMA: What the Media & Governments are not telling YOU - Anonymous reports

These days freakishly huge sea creatures are turning up in various locations but don't worry, say government officials, Fukushima radiation isn't the problem at all!!! 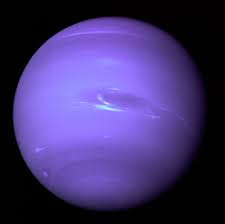 In Astrology, planet Neptune (ancient god of the sea) describes a variety of concepts such as all liquids and gases, bodies of water including oceans, the sea creatures that inhabit the waters, and the toxins and chemicals that harm them. But astrological Neptune also inspires such realms as photography, film, acting, dancing, illusion, magic, and masks such as the one you see, above. Even anonymity peeks from veiling Neptune's bag of tricks.

So if you'd care for some lighter Neptunian content than radiated sea monsters, why not mosey over to my brand new blog Neptune's Silver Screen where horoscopes, film clips, and bios of Famous Film Stars are spotlighted--just be sure to BYOP (bring your own popcorn)!

Posted by Jude Cowell at 6:13 PM No comments:

The Growing Impact of Ocean Acidification on Marine Life

Sorry to report that there is bad news concerning the Growing Impact of Ocean Acidification on Marine Life Worldwide.

And with transiting Neptune now in its own sign of fishy, murky Pisces (and increasing paranoia within the Collective Unconscious and bringing increases of toxins, poisons,contamination, and infections in its watery wake), we have pineal gland calcification concerns to be addressed. Check out a previous post with an informative video on how to do just that--because our 3rd eye intuitive faculties need relief! 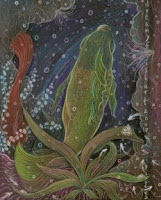 Posted by Jude Cowell at 7:30 AM No comments:

Coral reef news only gets worse and worse...

Posted by Jude Cowell at 6:46 PM No comments:

Near the Solomon Islands in the South Pacific, David Gruber and fellow nighttime divers spotted and filmed a rare and endangered biofluorescent sea turtle as you see here...enjoy!

For more details on this red and green delight visit LiveScience

Posted by Jude Cowell at 5:50 AM No comments:

Relax, because here is one-minute-seven-seconds of undersea loveliness!

Posted by Jude Cowell at 6:01 PM No comments:

It isn't often I watch a video multiple times but this one is heartwarming! From 2013, a dolphin rescue:

A heads-up thanks to the excellent Julie Demboski who posted the video to her Facebook timeline!

Why Are Northwest Salmon Dying in Huge Numbers?

This is distressing news: Why Are Hundreds Of Thousands of Salmon Dying In The Northwest? published on July 29, 2015 and written by Natasha Geiling.

Warm water which gives bacteria and other threats a good place to dwell is an immediate cause but as you know, these are symptoms of a wider problem. Will loss of salmon boost sales of genetically modified salmon?

However, 'Salmon Are a Huge Economic Resource in the Pacific Northwest':

Posted by Jude Cowell at 1:33 PM No comments:

'How to Set Up a Saltwater Fish Tank: Step by Step' video

New methods, chemicals, and filters have made setting up a saltwater aquarium much easier than it once was!

Go Fish for a Dreamyfish?